(THIS IS ANIMATION: COMPLETE WORKS OF PATLABOR'S FORMAT DESIGNS) 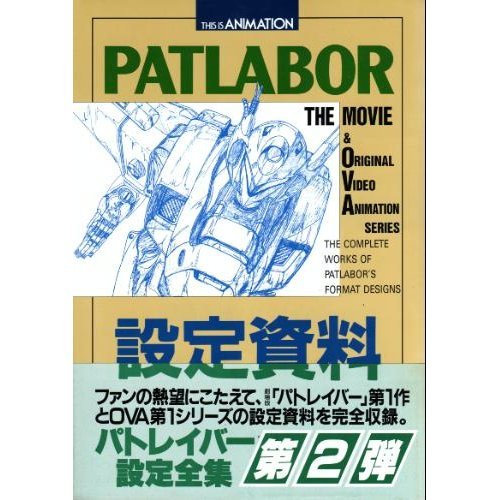 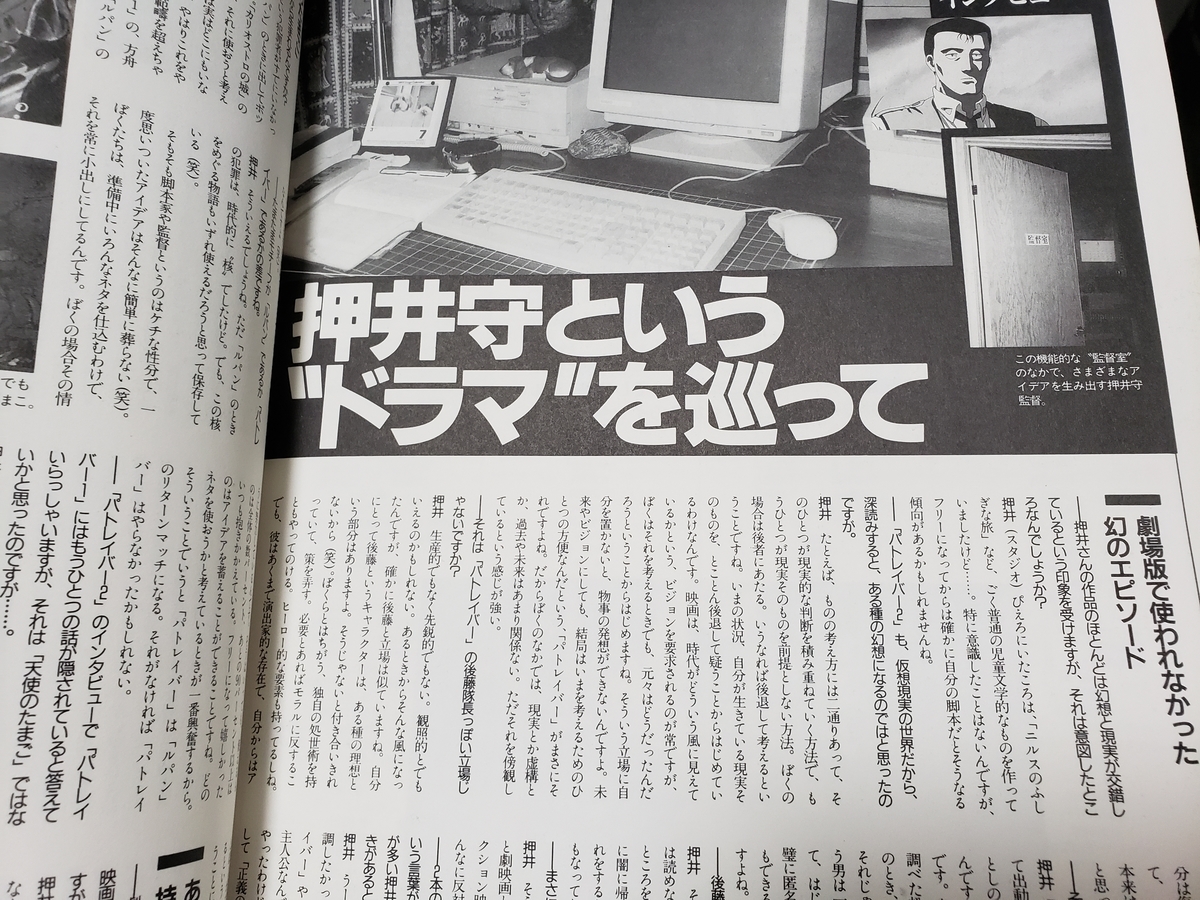 This is another book under the "THIS IS ANIMATION" brand.
This time it covers the Patlabor OVA and the first movie. Some of the design sheets from the OVA were reused in the movie.

It also includes a short but interesting interview with Oshii.
*At first, Oshii had a different plot in his mind.
After SV2 enters the Ark, Goto receives a call from Matsui. Matsui says that Eiichi Hoba died when he was in elementary school. They were chasing a non-existent person.
That idea was reused from the plot of the canceled Lupin III movie.
*(In response to the interviewer's question, "You said before that there is another hidden story in the Patlabor movie, does that mean a thematic connection with Angel's Egg?") "I don't want to make a simple entertainment movie. I always want to include some universal theme. It's like an overstuffed Taiyaki. It may not look good, but I put more bean paste in the cake. Angel's Egg was like pure bean jam without the cake. I didn't even serve tea at that time."
*P1 shows some photorealistic images of Tokyo, but they are collage of different places from different eras. It is impossible to shoot those images in real life. Most of the buildings have already been crushed. Oshii said that he conveyed a message through the mixture of the new Tokyo with the old Tokyo cityscape. Later, that theme was passed on to Kerberos Saga.
*When Oshii made "The Red Spectacles," he realized that making a film means to shine an artificial light on something. Therefore, he sometimes put non-existent light sources in his anime.
(He explained the same thing in the storyboards for "Innocence. In live-action films, unnecessary colors and information need to be removed. The same can be said for photography. Camera angles and lighting are techniques to reduce the amount of information.)
*Oshii believes that the Japanese media's obsession with "drama" is due to the influence of Americans. In American entertainment, they need typical American drama. American creators are expected to create the image of such a good American citizen. Oshii believes that such a style is not necessary for Japanese creators.
*Oshii's helicopter cliche was influenced by Ingmar Bergman's "Through a Glass Darkly".
*"Tsuge Yukihito" is a play on words based on the Bible. Tsuge Yukihito - tsugeyuku hito - preacher, prophet