(METHODS from Layouts of "PATLABOR 2 the Movie") 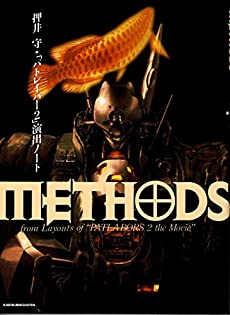 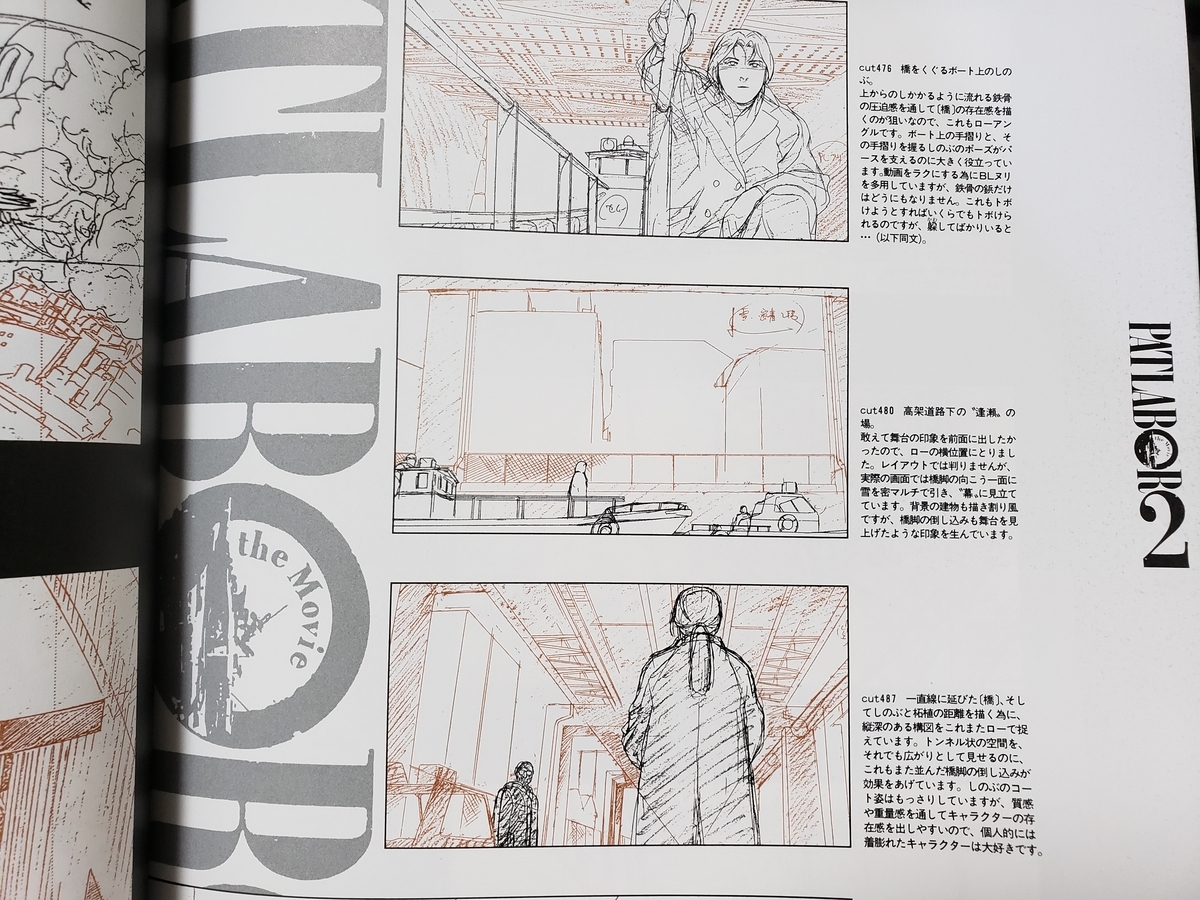 If I had to pick Mamoru Oshii's best book, it would be this one.
It is a layout sheet collection of P2 with Oshii's commentary. Since Oshii realized the importance of layout, he developed his own layout system in the Patlabor series. That system was completed in Patlabor 2.
Some say this book was used as a textbook by anime creators. According to Ryusuke Hikawa, every animation studio in those days had a copy. There were not that many detailed textbooks like this written by anime creators themselves. Even without the historical importance, it is very enjoyable to read. It includes well-designed layout sheets and Oshii's very logical explanations. Even for a casual anime fan like me, it will change the way you look at anime.
It also shows Oshii's clear philosophies about anime cinematography.
It doesn't contain a glossary, so you need to learn some anime and film terms beforehand.

*When you read this book, you can clearly see that Oshii thematized "time" in P2. Dynamic time and static time are the themes of the film. For example, in the chapter on the cockpit, he says this:
"Subjectively, it is static, but objectively it is moving. Or, subjectively moving, but objectively static. The cockpit space is dominated by such a time difference between inside and outside. Information through windows and interfaces becomes the only truth in that space. People communicate without facing each other. In P2, most of the dialogue takes place in the cockpit spaces. The characters' "situation" or "environment" are expressed through such composited images."

*The same theme is mentioned in the chapter on ruins as well:
"Ruins have three types of time. Past, present, and future. When we say near-future, we're actually talking about the present. When we say past, we expect some futuristic things beyond it. We bring multilayered 'time' into a fictional world. That is the ruin."
(I think this part is a quote from some other book, but I couldn't identify the source.)

*Oshii doesn't mention this, but the theme of time difference was inspired by Paul Virilio. P2's movie brochure has a quote from Virilio's book.