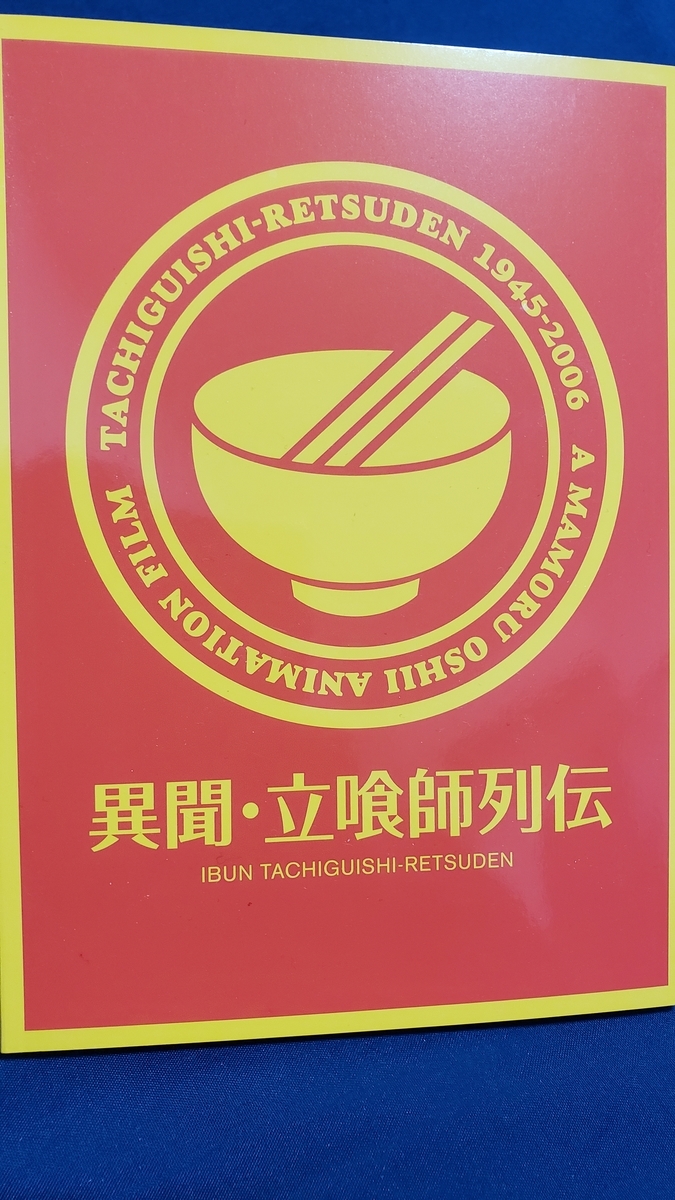 background of the original novel

A Film Like A "Stray Dog": analysis by Ryota Fujitsu 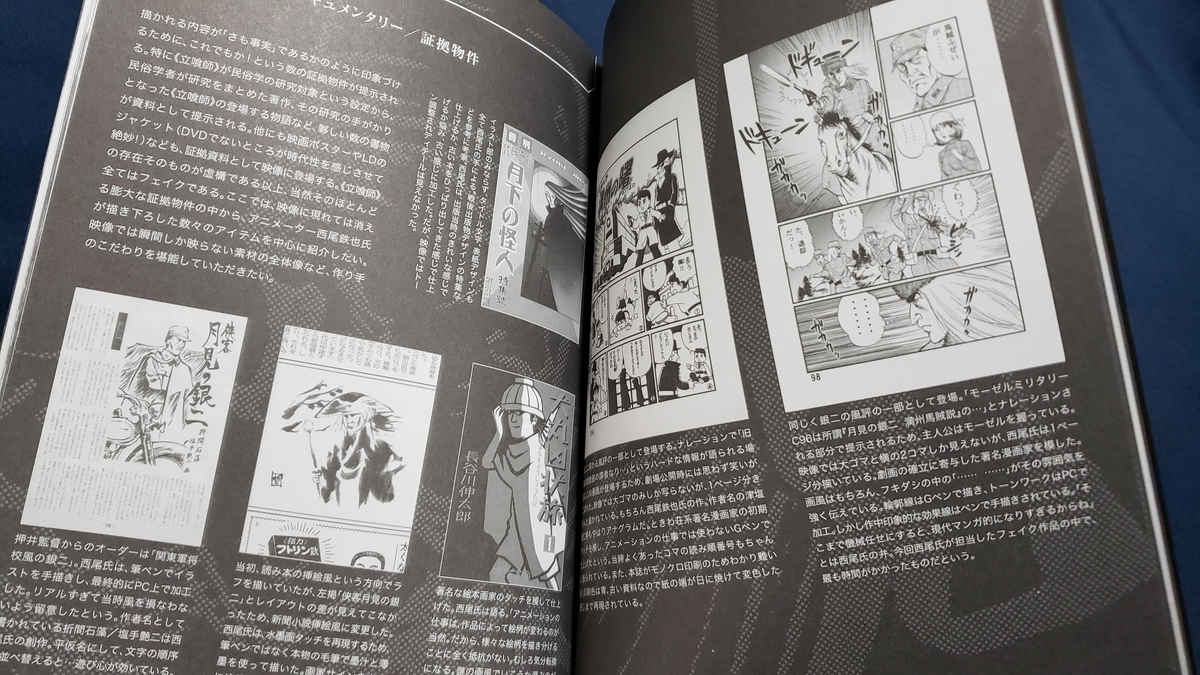 This is a booklet of Tachiguishi Retsuden DVD Box Collectors' Set. The DVD includes an extra disc, which covers a making video and an interview.

The most interesting part is the early proposal document. Oshii developed the idea of Tachiguishi from the 80s, so he tried to adapt it into an episode of the Twilight Q series. The title is "The Last Tachigui Hero". The story is set in a post-apocalypse world. A few wanderers find a soba joint in the wasteland and fight with each other. The last soba joint in the world is destroyed in the end. Later, the plot was adapted into an episode of Shin Onna Tachiguishi Retsuden. The proposal document also includes Oshii's storyboard.

In the long interview part, Oshii himself explains the concept of the film.

For example, grifters in the film have ideological backgrounds. Oshii says that he needed those ideologies because grifters can't get any motivation other than that. Fast food grifting is not a profitable job. Oshii had to make up their motivations. That's why he started the film from the explanation about post-war history.

That starting point led him to portray the 60s and 70s new-left movement. The first three grifters show three different generations/ phases of the leftists.

Oshii also says that the curry part is a parody/ caricature of the Asian culture movement in the 70s. After the failure of the new-left movement, people tried to find new things in Asian countries. The most typical example is Shinya Fujiwara's photo tour in India. Oshii had been heavily inspired by Shinya Fujiawara's books, especially by Tokyo Drift, but he decided to cut ties with Fujiwara in Tachiguishi Retsuden. After the bubble economy burst, Fujiwara's antithesis became ineffective. Oshii said good-bye to the hippie-like Asian movement.

After all, Tachiguishi Retsuden was Oshii's summary of Japanese post-war history and a good-bye to Tokyo. Tokyo can't be a core theme anymore.

The analysis part covers parody illustrations drawn by Tetsuya Nishio, so Nisho fans should get the booklet.

This DVD Box set also includes a full storyboard of the film. It doesn't have Oshii's commentary, but it shows some deleted scenes and lines.