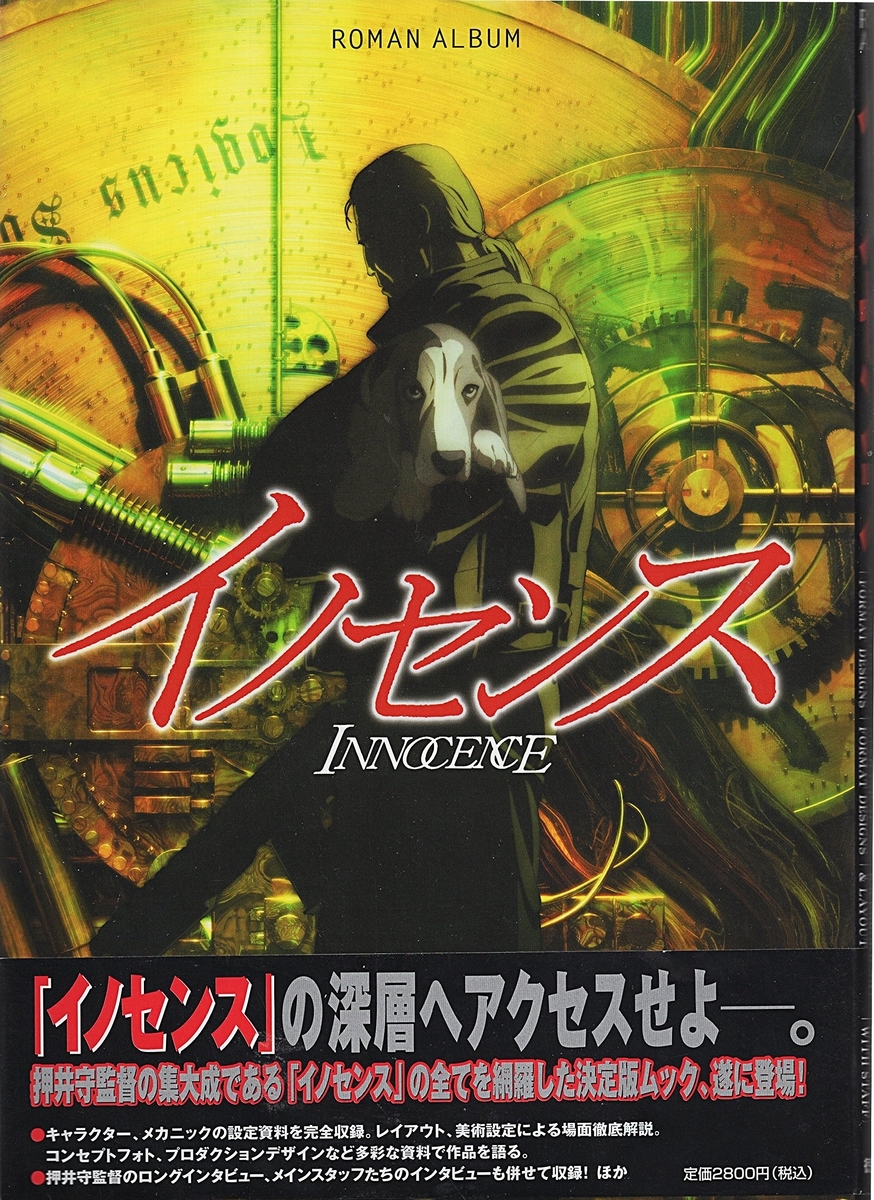 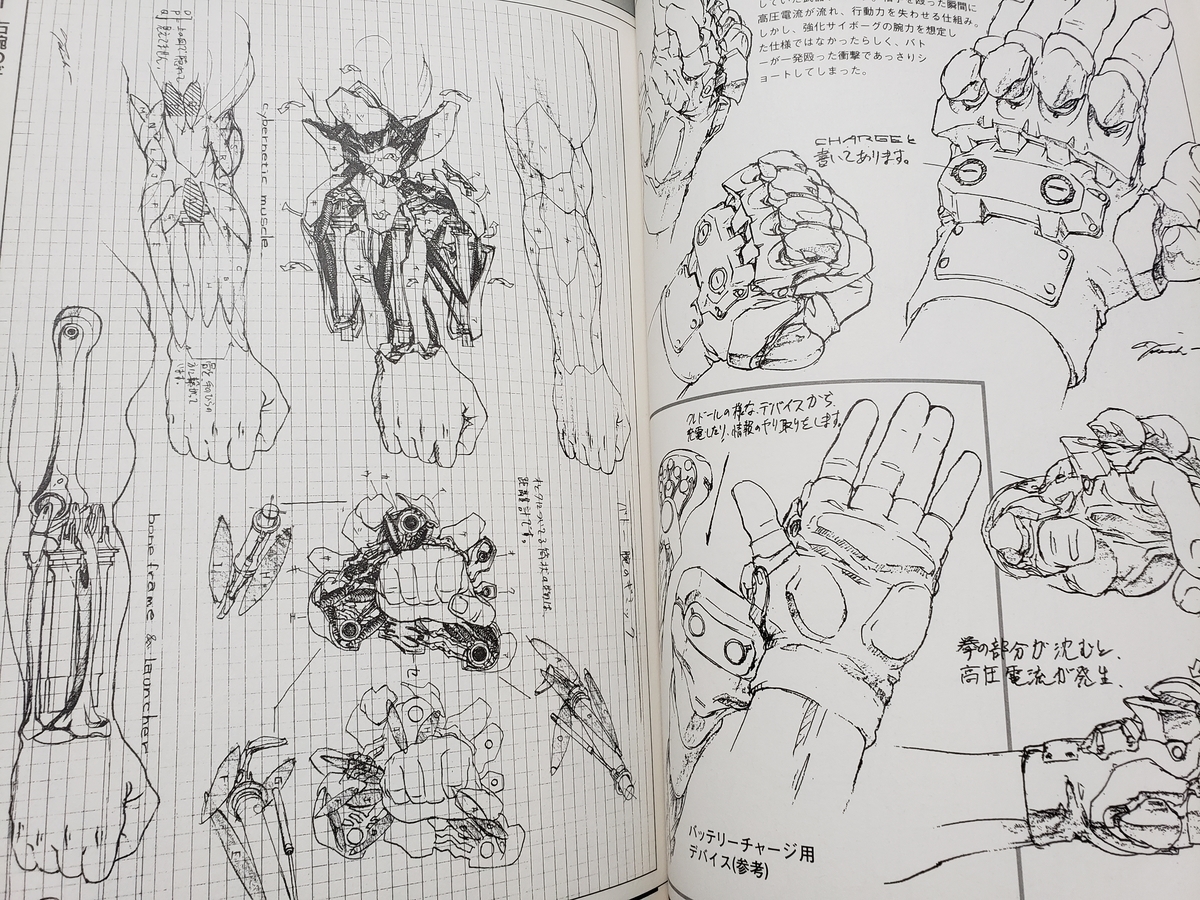 This is a design sheets collection of INNOCENCE.

Oshii tried his style in the Patlabor series, but the series's format and concept were already made by other Headgear creators. It was not fully Oshii's style. The same can be said for GitS. Those films are unmistakable "Oshii's film", but he was also a "hired director" at the same time.

In INNOCENCE, he took over GitS's world and filled it with fully Oshii taste items. This book is important in that kind of sense (Oshii himself didn't draw any of those sheets, but that's not the point.) When you compare this book with Patlabor's design sheets, you can see that INNOCENCE's design is under Oshii's control.

Plus, this book is helpful to check the detail of the elaborate design. When we watch the film, the visual effects prevent us from appreciating those designs. You can fully enjoy the designers' ideas in this book.

My personal favorite is E-Police's biological-looking helicopter. Atsushi Takeuchi's explanation about the helicopter's mechanism is interesting too. 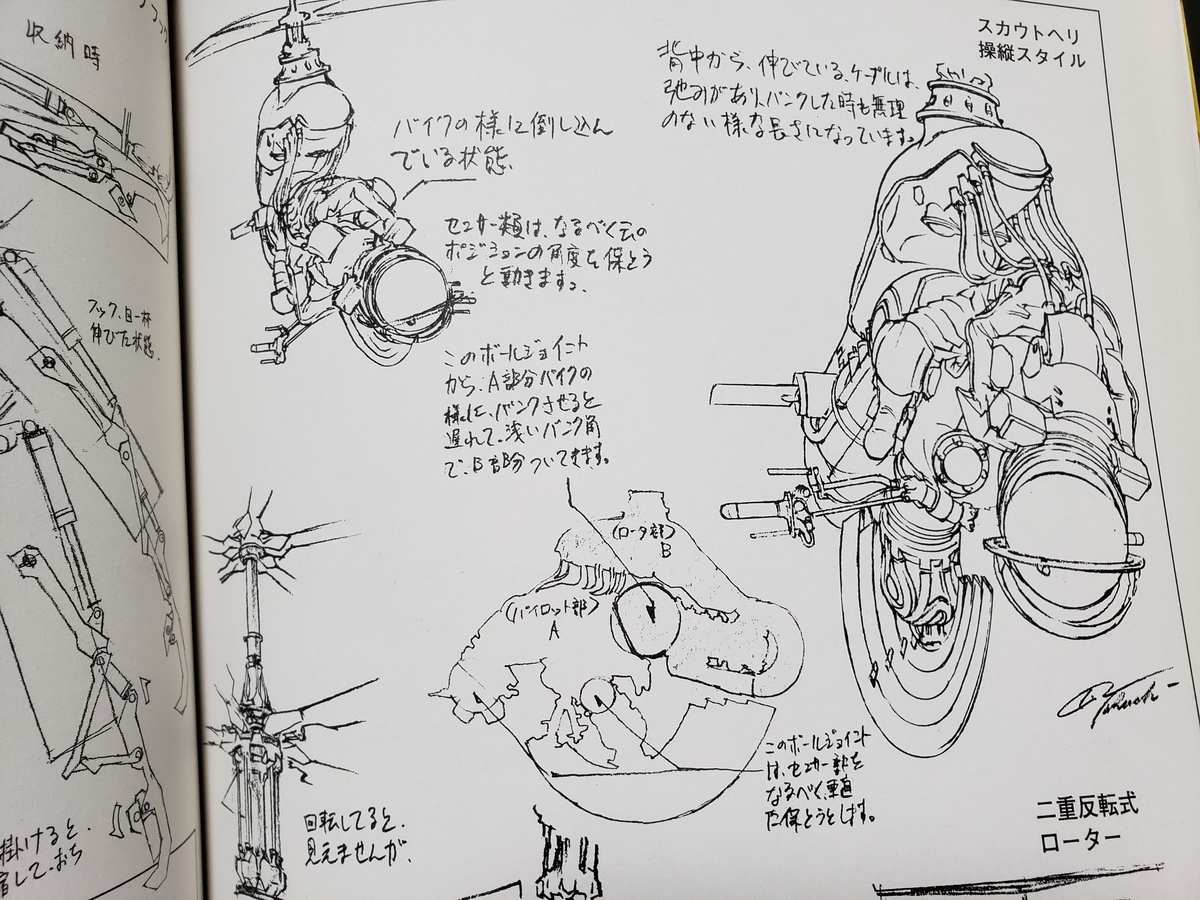 In the interview, Oshii says that he requested "organic design" from designers. He says "It's sexual design, in other words". He also says, he intentionally put tons of ball joints and ball objects into the film.

"The audience doesn't need to notice all of them, but film directors have to give a total impression by many details. If the audience noticed 20 or 30 percent, that's totally fine."