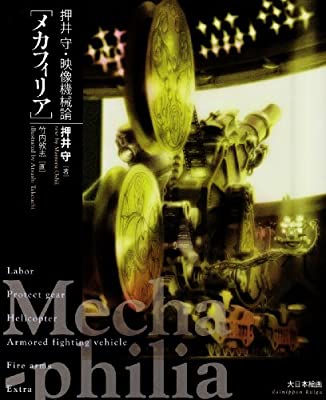 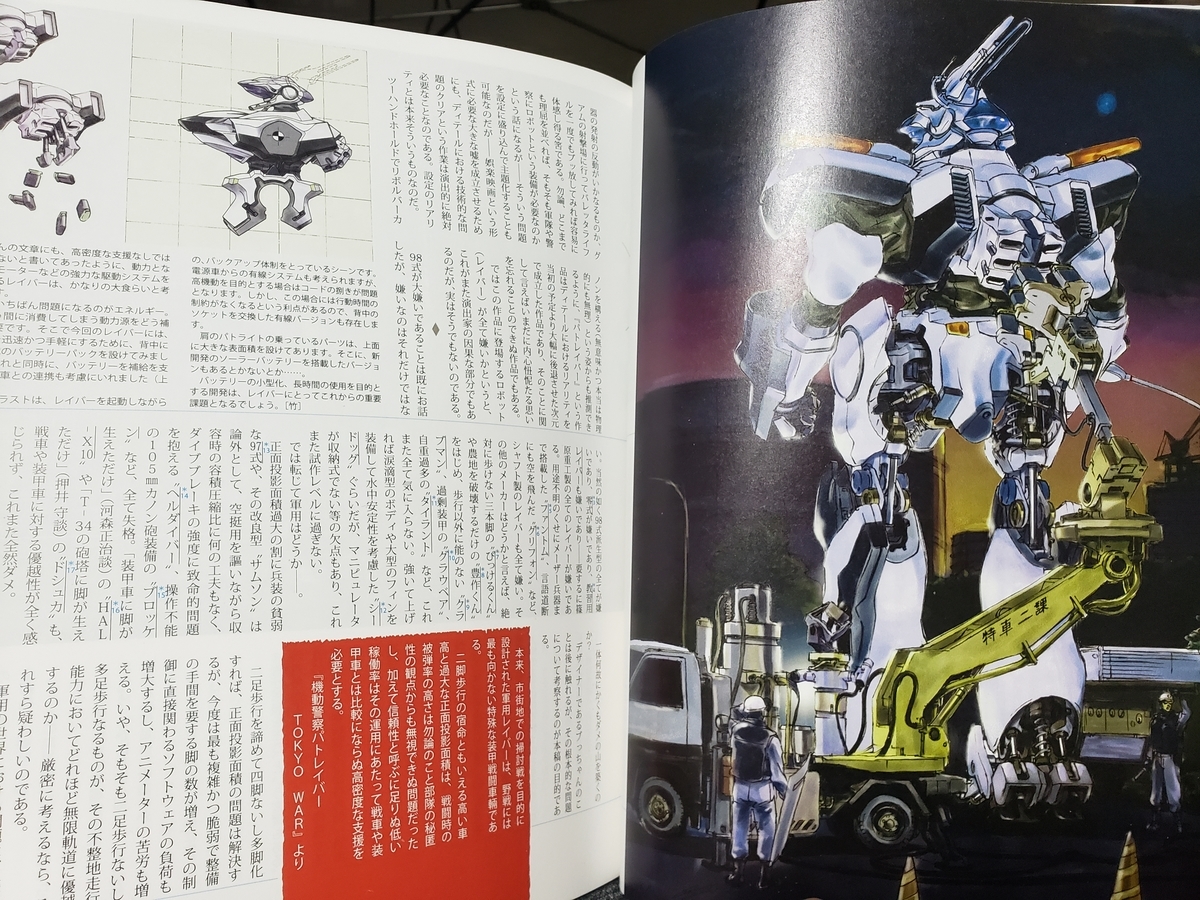 Anyway, Oshii started an essay series with Atsushi Takeuchi's illustration. Oshii talks about the mecha and gadgets from his films, and Takeuchi re-designs those items. Oshii also mentions his design principle and thoughts on each film.

However, that kind of explanation is very superficial. One-third of this book's contents is Oshii's personal criticism against Yutaka Izubuchi and his mechanical design. In this book, Oshii explains how illogical Izubuchi's design is. He even says Izubuchi is childish and ignorant. Even after being criticized like that, Izubuchi gently speaks in the interview of this book. I guess Izubuchi's forgiveness is infinite. Takeuchi felt so bad for Izubuchi, so he ignored Oshii's essay and just focused on the illustration (That story was told in Complete Works of Mamoru Oshii Remix.)

Then, does this book have nothing but Oshii's personal trash talk against Izubuchi? That's not true. Oshii's essays are still very interesting.

It's like the second episode of Minipato. In that episode, Oshii explains his ambition for Patlabor series and gives a very long monologue. He does the same kind of thing in this book. If you like Oshii's pedanticism and jokes, this is a good book for you. I don't recommend it to non-Oshii fans, tho.

Plus, it is recommendable to protect gear/ Kerberos Saga fans too. Oshii explains the problem of protect-gear and Kerberos Saga in this book. He even criticizes himself in that chapter. He admits that protect-gear is very weak and ridiculous equipment. He analyzes why such a weak armor was adopted in the Kerberos world. That analysis was utilized in Pazer Cop and Panzer Jager.