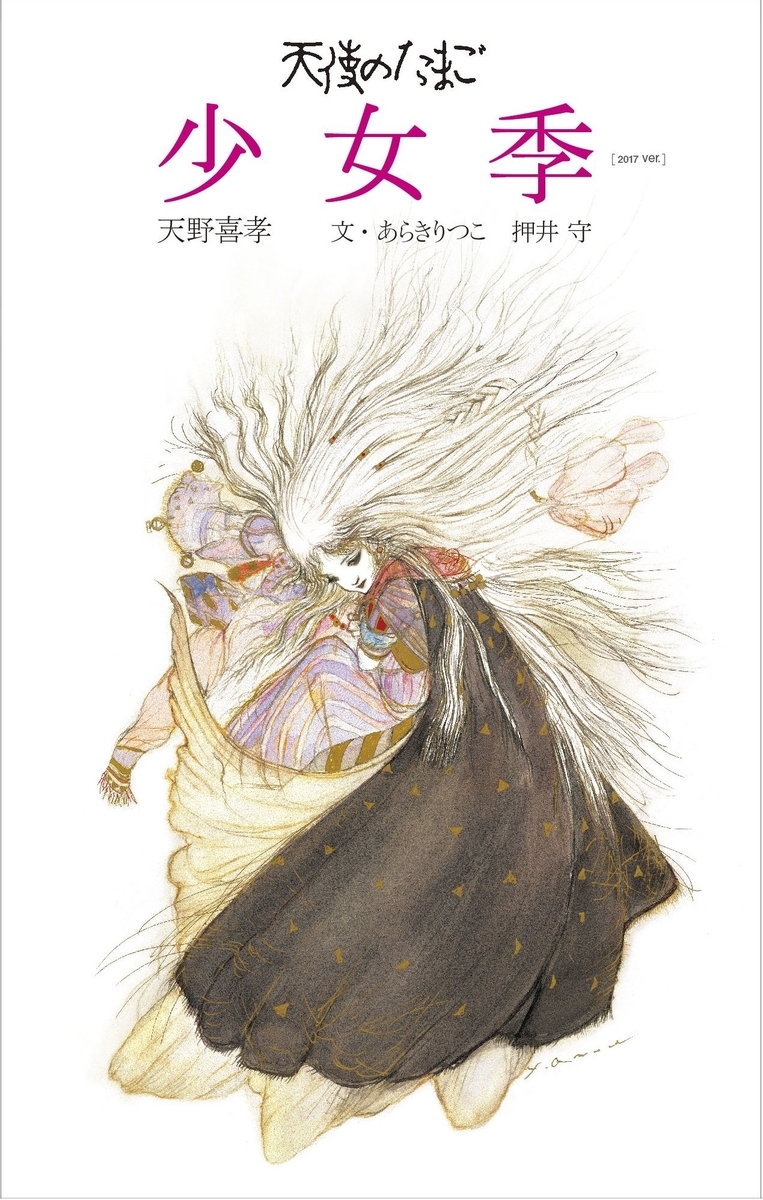 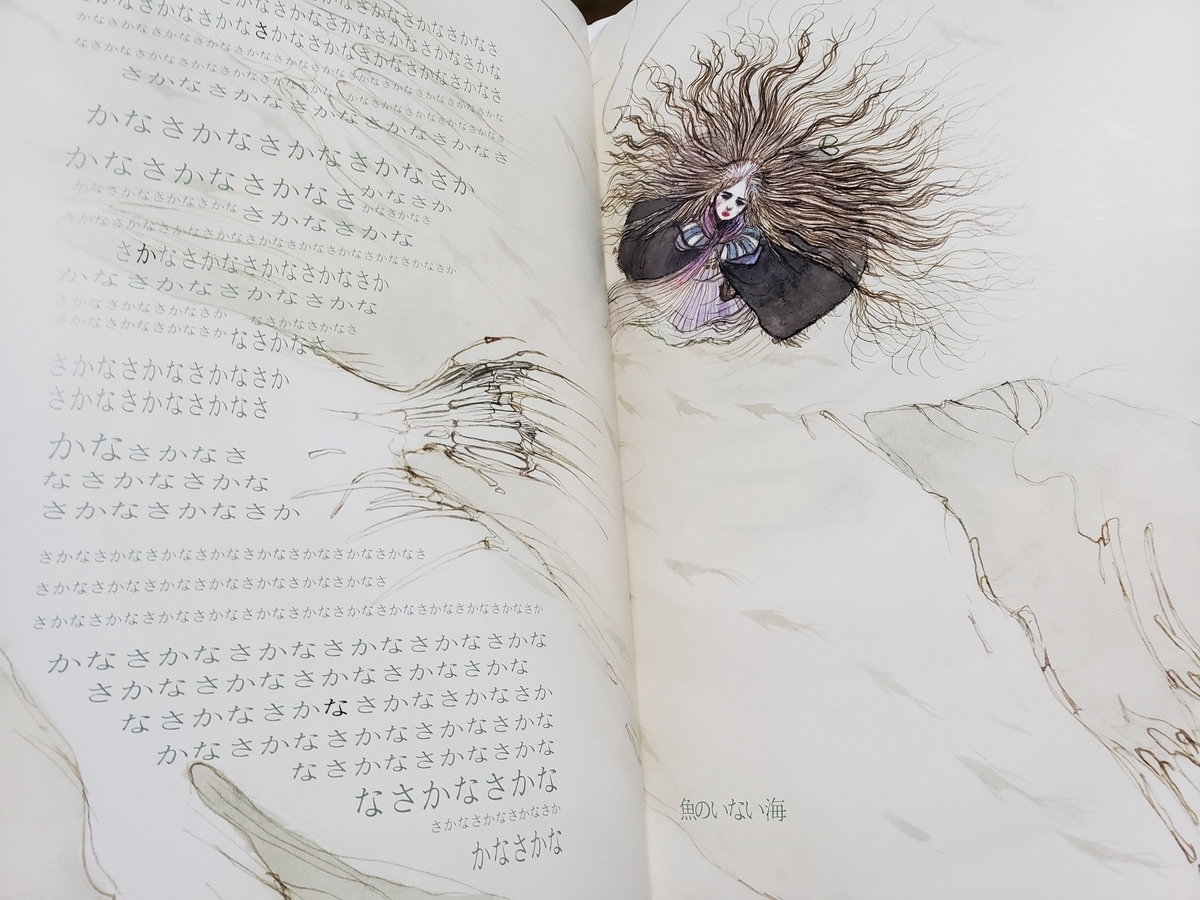 This is an illustrated spin-off story of Angel's Egg.

The illustration was done by Yoshitaka Amano himself. Those illustrations are different from the imageboards of the anime. The text-part was written by Ristuko Araki. According to Amano's afterword, Oshii just gave a few pieces of advice on the editorial design, but most parts were made by Amano and Araki.

So, I can call it is purely Amano's version of Angel’s Egg. If you only care about Oshii's works, I don't recommend it to you.

The boy doesn't appear in this version. Fishermen either. It focuses solely on the girl. And Amano added a few original characters like clowns.

Oshii depicted the scene of the crushed egg with a very dark and sad atmosphere, but Amano put a "rebirth" image into the crushed egg. Right before the crushed egg illustration, Araki wrote "I don't need the egg anymore". While Oshii's girl has a dependent nature, Amano and Araki's version shows a different character type. She has agency. She is independent. As a protagonist of a fantasy story, Amano and Araki’s girl is more likable. In other words, Oshii’s interest was not in her agency.