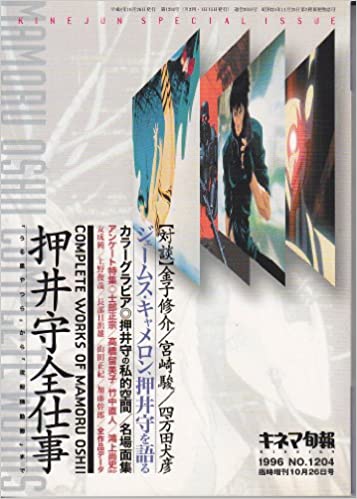 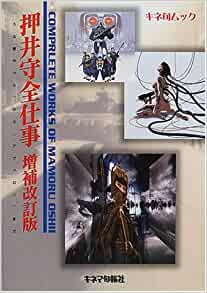 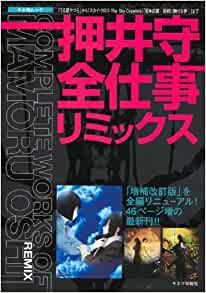 interview with Mamoru Oshii: Looking Back On The First Decade of 21st Century (remix)

interview with Shusuke Kaneko and Mamoru Oshii: Our Past, Present, and Future

a letter from Shusuke Kaneko to Mamoru Oshii

Q and A with the related people (enlarge)

interview with Hayao Miyazaki and Mamoru Oshii: "Discussion About Patlabor 2: To Summarize This Era"

Q and A with Masamune Shirow

interview with Mamoru Oshii: From GitS To Avalon, and The Future

record of making Avalon in Poland

long interview with Mamoru Oshii: The First Decade of 21st Century and The Future (remix) 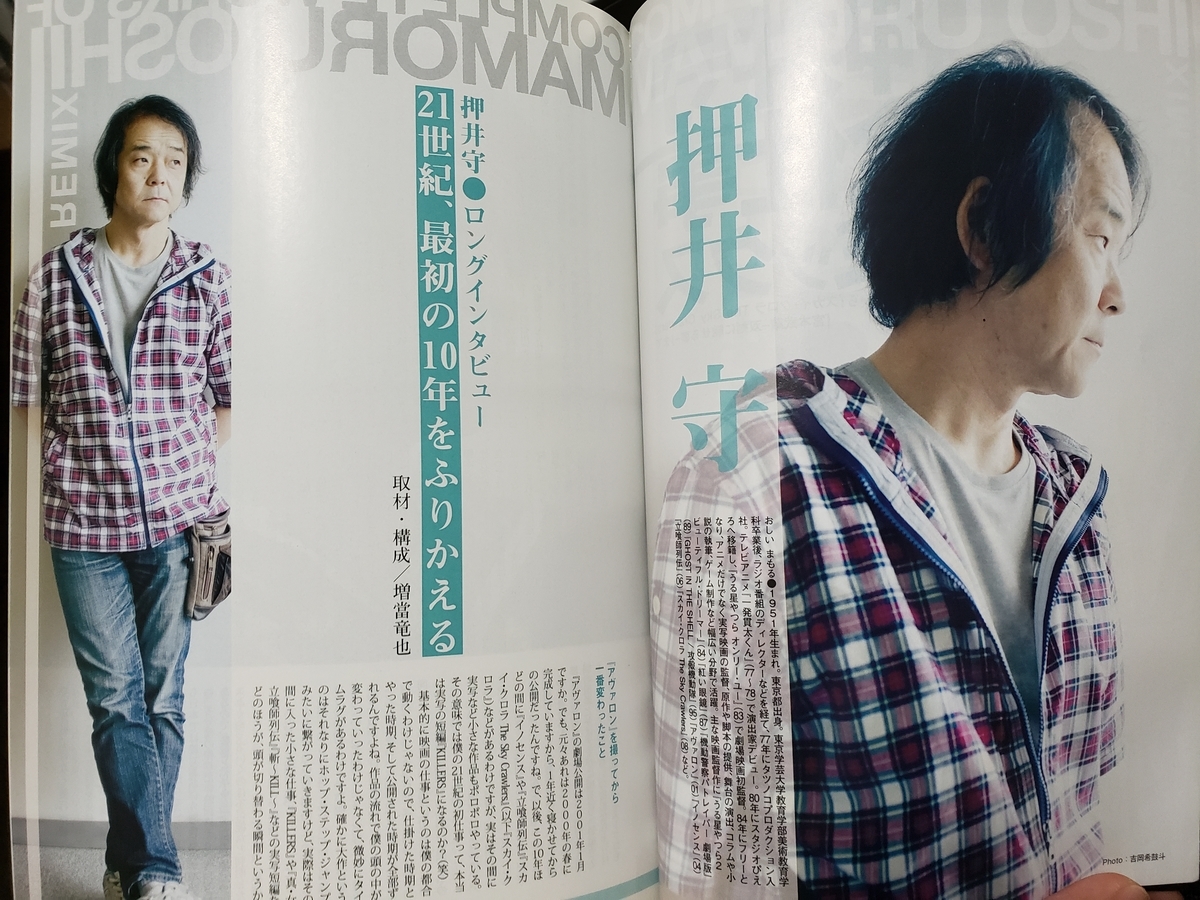 This is a comprehensive guide book for Mamoru Oshii fans. Although the title says "Complete Works", it is more like a collection of interviews. It has been revised twice so far. Unfortunately, I don't have the first edition, so I'll talk about the enlarged and remixed versions.

This may be just my taste, but Ryota Fujitsu's essays on Mamoru Oshii's films are always interesting. In the remixed version, Fujitsu wrote three essays, "Beyond the Schüfftan process", "The Superstition of Kiss Kiss Bang Bang", and "Vampire Novels or Novels about Vampires".
In the first analysis, Fujitsu points out the importance of the Schüfftan process in Oshii's works, particularly the importance of the "rear projection". It is an important visual item to analyze Oshii's attitude toward reality.
In the second analysis, Fujitsu writes about an important difference between Oshii and Okiura in JIN-ROH. In Oshii's films, the eyes of the characters rarely meet in the same frame. Oshii curiously avoids eye contact. On the other hand, Okiura captures the kissing scene between Fuse and Kei in the same frame. The shot of the two characters making eye contact in the same frame has a great impact on the audience.
In the climax of Oshii's films, gunshots are used instead of kisses. Fujitsu says, "Oshii has the moral of bang bang.

Another interesting part is an interview with Masamune Shirow in 2001. In that interview, Shirow says that the GitS movie is "a compromise between Oshii's creativity and the original manga". He even goes so far as to say that Oshii was probably not allowed to experiment because of commercial imperatives.
Such comments from creators about GitS are not so uncommon.
Kenji Kamiyama has said the same thing. In a job interview, Ishikawa asked him,"What do you think about GitS?"
Kamiyama replied,
"Oshii-san cut a lot of corners this time."
Then, Ishikawa said,
"Well said. You have good eyes."

Oshii himself sometimes says that GitS was not his favorite project. In those days, Oshii wanted to make Panzer Cop OVA series. One day, he was invited by the producer of Bandai to attend a meeting. Oshii prepared a presentation of Panzer Cop, but Bandai gave him the original manga of "GitS". Since Oshii had been away from anime adaptation job for a long time, he was not sure if he should accept it or not. However, Oshii's wife said, "If you turn down this offer, you will be jobless again in the next year." He was also told by Masamune Shirow that there was no need to stick to the original story. Those two people persuaded him to take on the film adaptation job.
Ironically, when he liked the project, such as Patlabor 2 and Innocence, the movie didn't become popular.

In an interview page about the prehistory of Avalon, Oshii said that he planned a live-action Patlabor project and the Avalon project. He thought Patlabor would be chosen, so he and his staff were preparing the CGI for Patlabor. When the producers chose Avalon, Oshii didn't get why.

Interviews with other creators are also interesting. It includes comments from Ryu Mitsuse, Hayao Miyazaki, Yoshiko Sakakibara, Mizuho Nishikubo, Mitsuhisa Ishikawa, Shusuke Kaneko, Hisayuki Toriumi, and others. While they respect Oshii's creativity, they also express their frank opinions about Oshii and his works. In particular, Ryu Mitsuse is much older than Oshii, so he does not hesitate to express his critical opinions. When Oshii was a high school student, he was already a star of SF novels. Mitsuse says, "In Angel's Egg, Oshii seems to be looking at Tarkovsky's Stalker from a distance without approaching it." He also says, "Oshii should struggle with Stalker and try to overcome it." Many people point out the similarities between The Angel's Egg and Tarkovsky's films, but not many say, "Oshii should get over it".

When Oshii was a New Leftist, he often went to Mitsuse's house and had discussions with Mitsuse. At that time, Mitsuse criticized Oshii's activities in a letter. He said that young people were just using violence to relieve their sexual frustration. The real political achievements would come from more down-to-earth activities. Oshii was so angry that he stopped going to Mitsuse's house, but he still has the letter. (This episode is included in a book called "Thus Spoke Tachiguishi.)