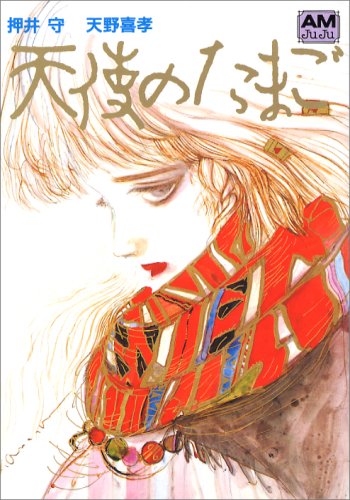 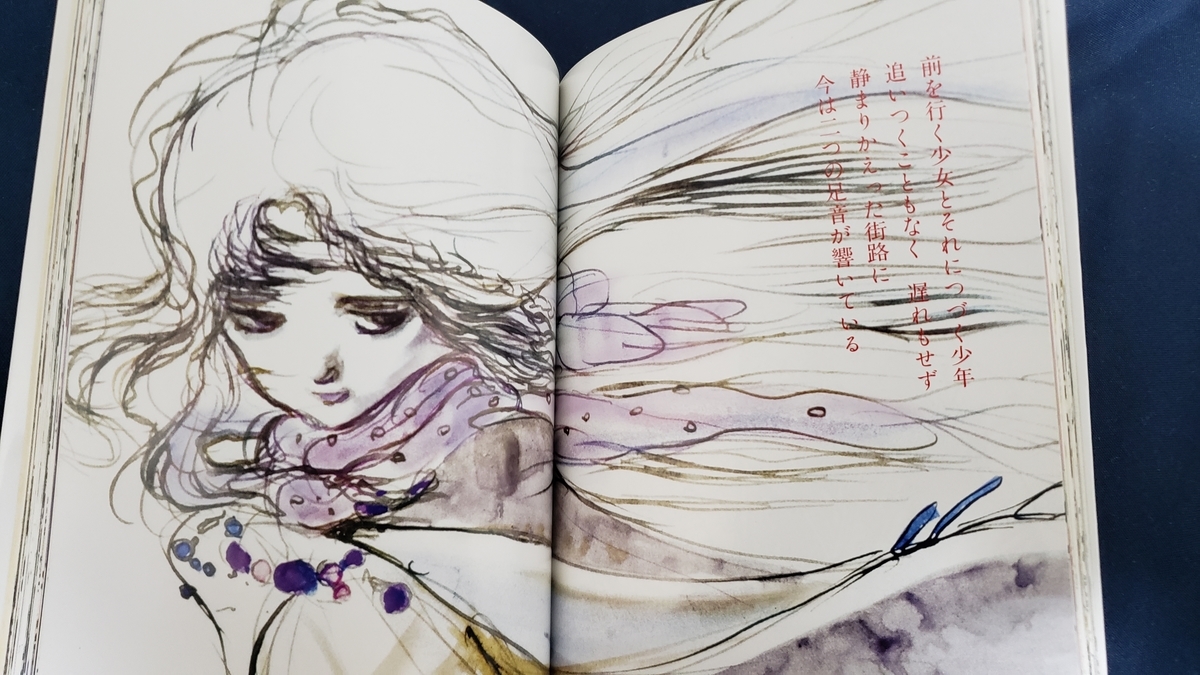 This is an illustrated novel version of Angel's Egg. It was released under Animage Bunko brand slightly ealier than the anime.

The story and the basic visuals are almost the same as the anime. It doesn't have deeper explanations about the story. The text part just tells what's happening in the illustrations or just quotes Bible. It was seemingly released as an advertising item of the anime. If you're not interested in Yoshitaka Amano's illustration, you don't need to get it. Some of the illustrations are included in The Art of Angel's Egg.

There are two different explanations about this book.

In the afterword of this book, Yoshitaka Amano says that it consists of layouts for the anime. So, this book is just a collection of the preproduction materials.

In Amano's biography book called Beyond The Fantasy, however, Amano says that he and Oshii made the bunko version first. According to the book, they needed to make some kind of source material to convince the sponsors. That story contradicts the bunko's afterword and The Art of Angel's Egg.

In Animec Mar. 1986 issue, Oshii says that he requested character design boards for the proposal document from Amano.

In the end, only the interview from "Beyond The Fantasy" doesn't make sense. For now, I can't tell whether the bunko version was made before the anime or not.