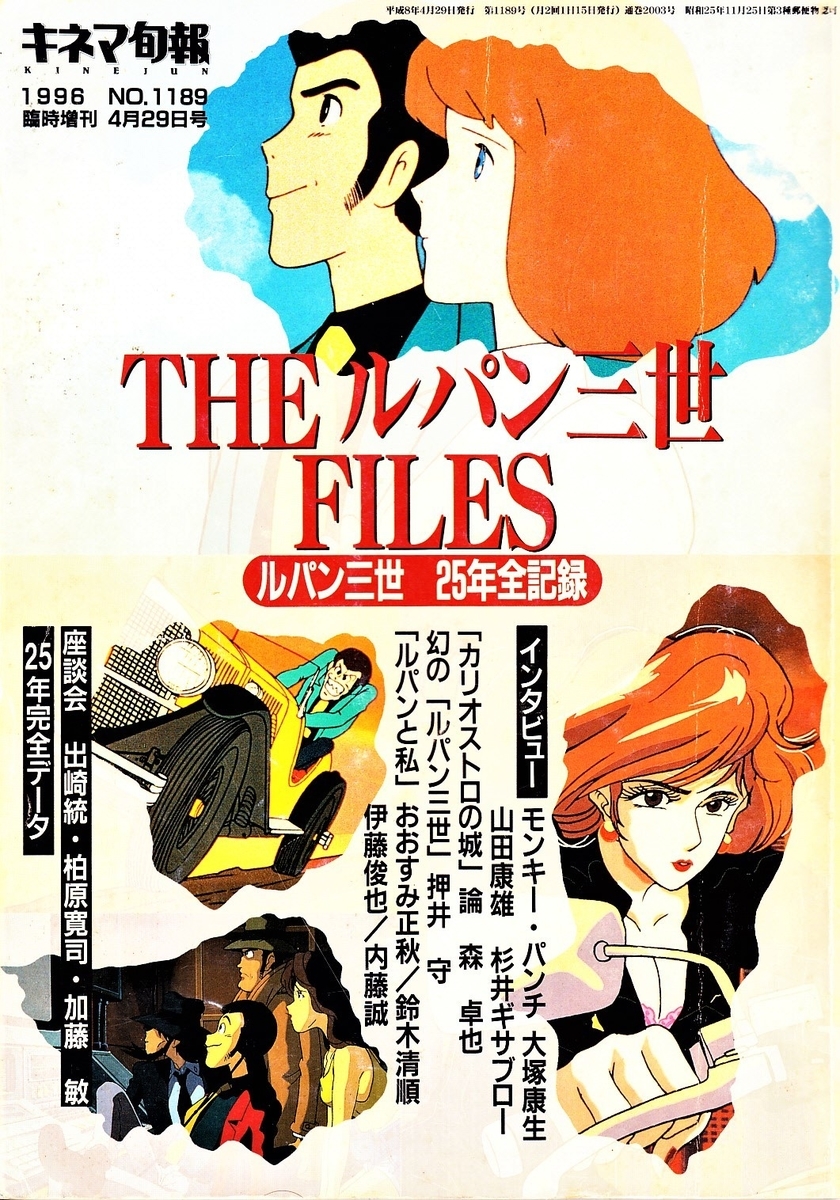 screen captures of DEAD OR ALIVE

"Lupin and me" by Seijun Suzuki

"Lupin and me" by Shunya Ito

"Lupin and me" by Makoto Naito 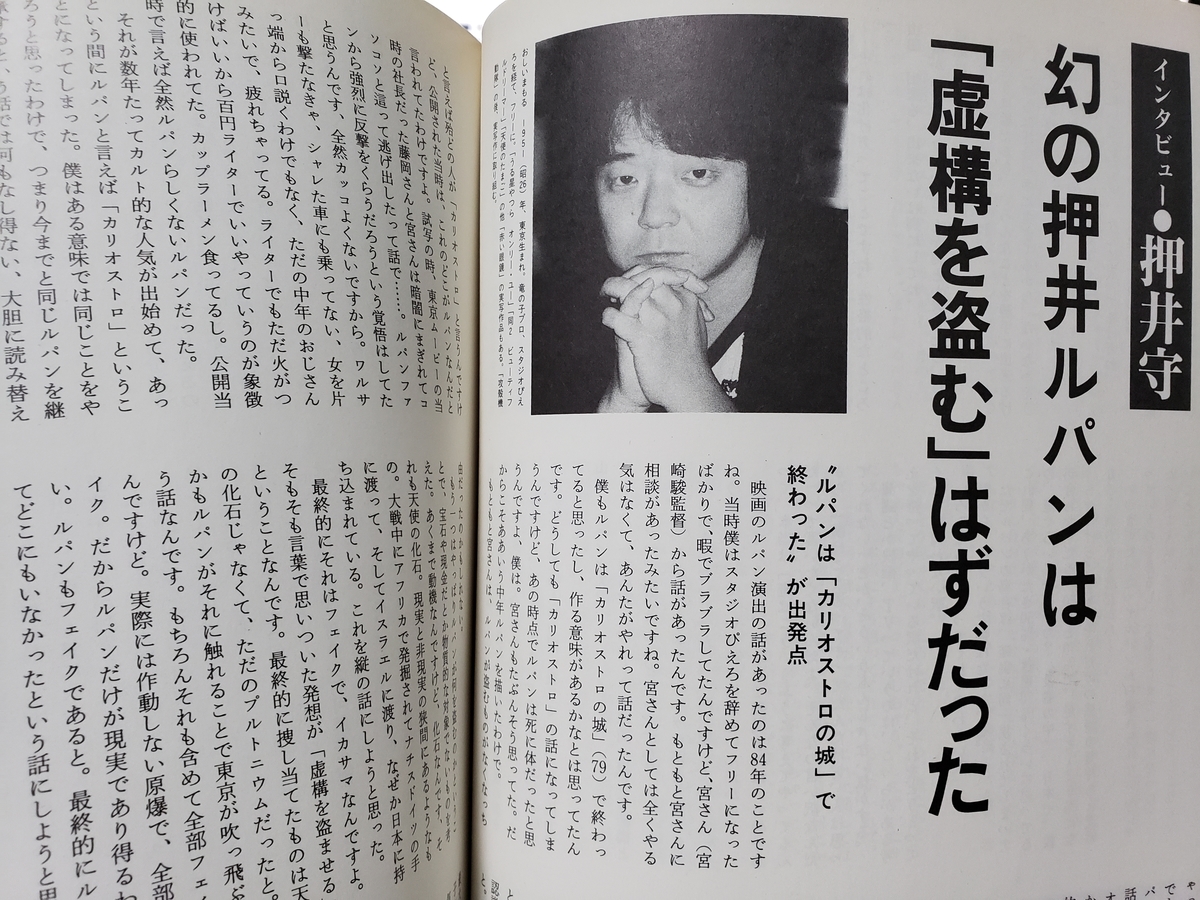 This is an extra issue of "Kinema Junpo" magazine featuring "Lupin III". It includes so many interesting interviews, but I focus on the interview with Mamoru Oshii here. Oshii talks about the details of his Lupin III project. The interview title is "Lupin was supposed to 'steal a fiction' in the hidden Oshii version". Oshii has often talked about it in other media, but this book explains it in the most detail.

*In 1984, Hayao Miyazaki was asked to direct a new Lupin film, but he did not want. Therefore, he introduced Oshii to the producers.
*Oshii and Miyazaki had a common thought, "We don't have a good idea about Lupin's new target."
*Miyazaki and Oshii both thought that Lupin was already outdated. Oshii believes that Miyazaki may have put that feeling into "The Castle of Cagliostro".
*Oshii's conclusion was that Lupin should steal an atomic bomb. He also tried to redefine the identity of Lupin.
*Oshii also had another idea about the target: the "angel fossil. Nazi Germany had obtained an angel fossil in Africa, but it had passed through Israel to Japan. However, it turns out that the whole story of the angel fossil was a lie. The angel fossil was just a made-up story to hide the plutonium.
*Lupin mistakenly activates an atomic bomb, but he find out that even that bomb is a fake.
*At the end, the audience realizes that Lupin himself is also a fake. In the end. The man called Lupin III never existed from the beginning.
*The story takes place in a huge Gaudi-style tower. The tower was built in Tokyo by a mysterious architect, who committed suicide when the tower was completed. Lupin gangs climb the tower in the third act. That idea was reused in Patlabor the Movie. The idea of destroying Tokyo was reused in Patlabor 2.
* "Lupin never existed". Oshii believes that the ending would satisfy Miyazaki's intentions, and in fact Miyazaki seemed to like Oshii's idea. However, the producers of Yomiuri TV and Toho strongly opposed the idea. Oshii was removed from the project. Oshii and Miyazaki held a consolation meeting at Miyazaki's studio.
*The idea of angel fossil was reused in Angel's Egg. (As some of you may already know, the same idea was reused in "Seraphim".)