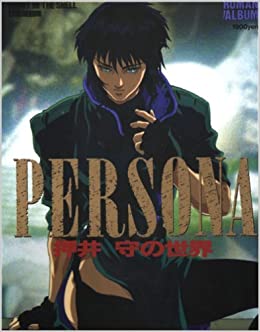 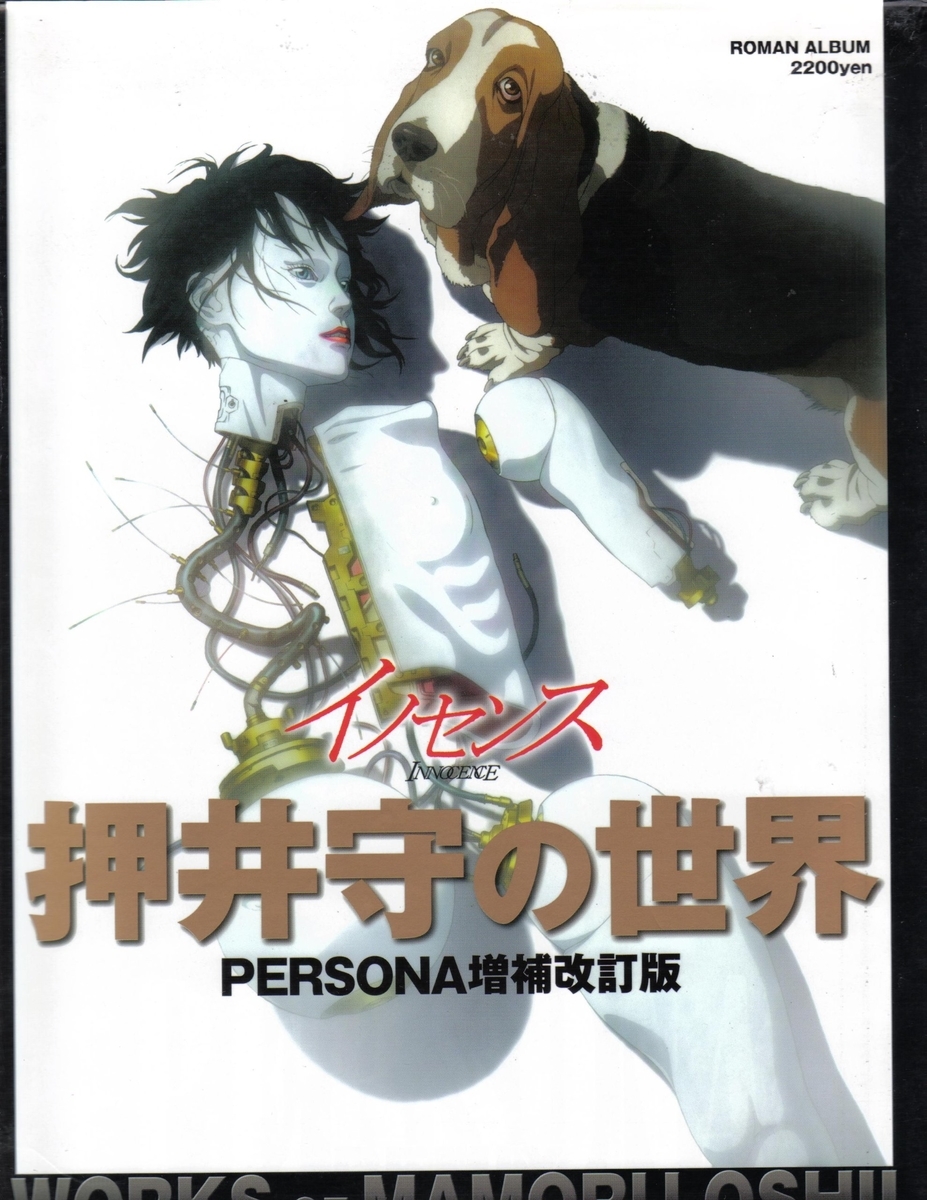 summary of Ghost In the Shell

Oshii talks about himself 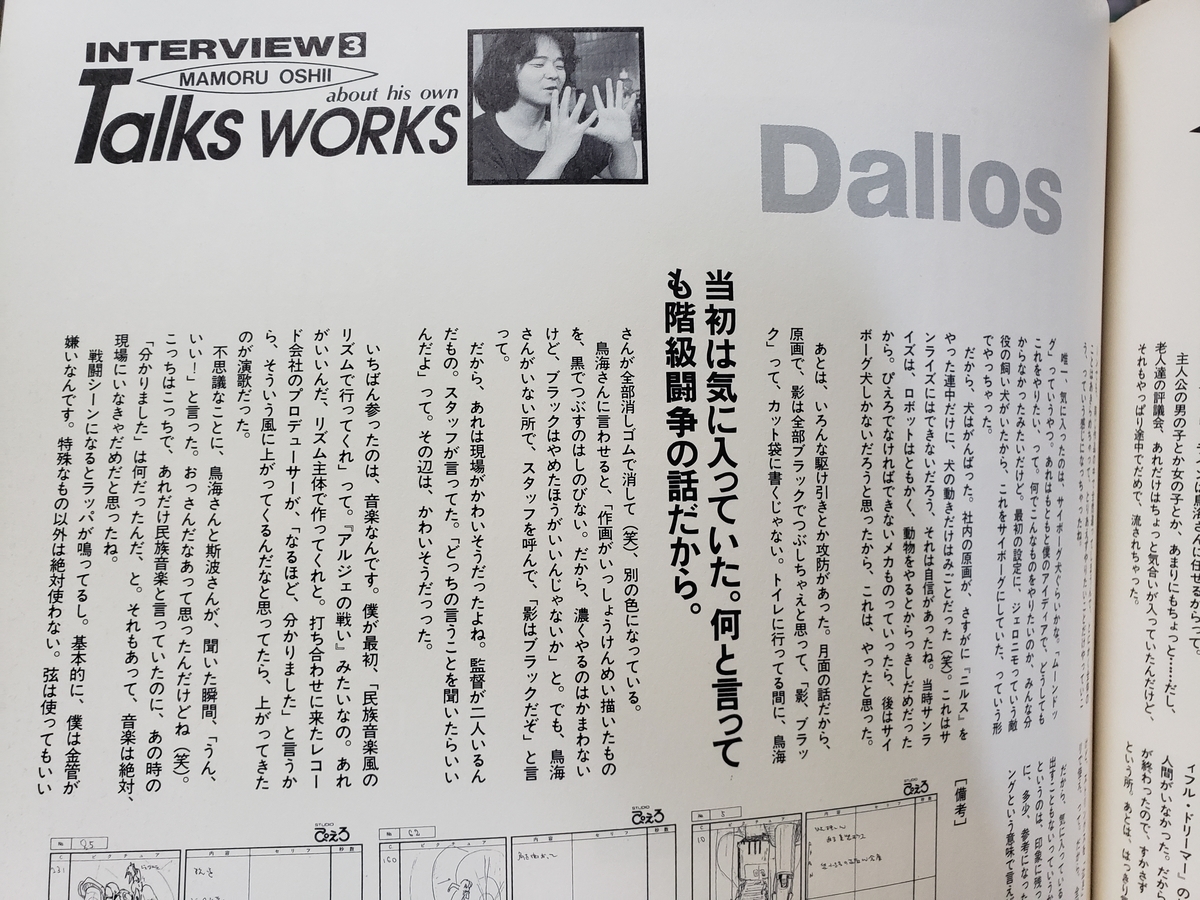 It is probably the most comprehensive database on Mamoru Oshii. It covers Mamoru Oshii's career, works, related creators, and visuals. Oshii enthusiasts should definitely buy it. Plus, Oshii himself provides long commentaries on each film. Many analytical essays and guidebooks refer to this book.

There are too many contents to summarize, so I picked up interesting parts randomly.

Mamoru Oshii's Early Days
*When his father was unemployed, Mamoru Oshii was often taken to movie theater. His father wanted to avoid quarrels with his mother. Therefore, he watched a lot of movies as a child.
*Oshii was involved in the New Left movement in the late 60s. When detectives came to the house, his father was furious. In 1969, his father locked him in a mountain cabin to prevent him from engaging in political activities. As a result, when he came back from the mountains, he felt distant from the activists and quit the movement to concentrate on watching movies.
*While in college, he made amateur films with a friend called Kenichi Arakawa. Later, Arakawa joined the Self-Defense Forces and became a researcher of military history. Arakawa in Patlabor 2 is modeled after him.
*Oshii used to use still images in his amateur films. When he shot a film for his graduation project, he made a montage of still images. When Arakawa saw it, he said, "Only that montage part is good. You should make more of those." Later, Oshii teamed up with a photographer called Haruhiko Higami. That style comes from his experience in amateur films.

Only You
*At first, Nunokawa said that Oshii should concentrate on the TV version and leave the film to others. However, there was no progress even four months before the film release. Nunokawa asked Oshii to direct the film in the end. Oshii was angry, but Toriumi convinced him, saying "If you love the series, you have to do it." The production started almost from scratch. Oshii even painted the cels himself and told the crew, "no retakes". The story of Talking Head is based on his experience in "Only You.

*Only You was the last film in which Oshii checked the key animation. From the time of Beautiful Dreamer, Oshii stopped checking the key animation and left the job to other directors. Oshii's focus shifted to layout and post-process.

Dallos
*The team play between Oshii and Toriumi did not work at all in the first two episodes, so Toriumi wrote the whole story by himself. Oshii was asked to direct the action scenes such as Dallos' awakening scene.

*Toriumi liked bipedal machines like Gatchaman, but Oshii did not. Oshii liked the jet rollers in Votoms, so he copies that idea into Daollos. It was too similar to Votoms, so he asked the animators to draw a "pivot turn" like a tank. However, animators in those days didn't know what "pivot turn" means. Military knowledge was not that common in the early 80s animation industry.

*It was Oshii who came up with the cyborg dog. The animators at Studio Pierrot had experience with Nils, so they were good at animal animation.

*The soundtrack was directed by Toriumi, but Oshii did not like the music. It sounded outdated to him.

*Oshii was confident in his story about dreams because episode 78 was well received by the staff (Pitiful! Mother of Love and Banishment!?). There was also another reason to depict dreams: If it was a story of Sleeping Beauty, there was no need to portray Lum. Since Oshii was not interested in Lum, the dream world was very convenient for him. The other staff did not notice that motive.

*"Only You" failed because it had too many characters, so Oshii used only characters from Tomobiki-city.

*As for the child Lum's last line, "Take responsibility," Oshii says, "You'll understand when you grow up." He also said that the audience does not need to understand that line.

Angel's Egg
*The first idea was similar to Gosenzo-sama Banbanzai. The story was set in Japan. Since Amano's character designs looked like Western fantasy characters, Oshii decided to make a serious fantasy.

*The tank scene took a very long time. It took two months for the in-between animators and six weeks for the coloring staff.

*Oshii used photographs for background art because he did the same thing in his university graduation project.

*After making this anime, the tall goldenrod became an important symbol in Oshii's films. He scattered a lot of yellow flowers in the helicopter shot of The Red Spectacles. Because they couldn't prepare enough amount of flowers, you can't see any of them in the films.

Patlabor OVA
*Since the schedule was tight, Oshii promised that he would never interfere with the direction in the studio. In the end, he was not satisfied with the quality.

*Oshii liked Kazuchika Kise's work on episodes 1, 3, and 5, which is why he later teamed up with Kise.

*Oshii asked Kenji Kawai to prepare a different soundtracks for each episode, which was very rare in the anime industry. Oshii believes that the Patlabor OVA would have failed without that diverse soundtracks.

Patlabor the Movie
*Oshii secretly allowed Kise to draw whatever he wanted. Oshii believed that animation directors should fully control the animation part, so he deliberately kept the completed animation hidden from the other members of Headgear.
(Kise declared to Oshii, "If this is rejected, I'll quit.")
After the rush check, the core members held an emergency meeting. The other members complained that Noa was not cute.

*Kise had worked so hard that he collapsed from overwork twice during the production. Oshii often went to Kise's apartment to talk about the theme of P1.

Gosenzo-sama Banbanzai
*Nunokawa decided to make an anime to celebrate the 10th anniversary of Studio Pierro and asked Oshii for a proposal. That was the starting point of the series. That proposal was made during the production of P1.

*Toriumi, Oshii's mentor, was angry when he saw the fifth episode. He said, "I know what you want to do," and walked out of the studio. He didn't like the incest story.

*Oshii says that he made the series with the style of "shingeki", a sort of theatrical play.

Patlabor the Movie 2
*When they made the OVA series, the president of Tohoku Shinsha said he liked episodes 5 and 6. That was the starting point of P2. Oshii said, "Many old guys still love The February 26 Incident. The president is one of them. He said, 'Hideo Gosha's 2.26 is cheesy, but Patlabor 2.26 is much better than that." The president also said that he wanted to make a movie like that episode with a bigger budget.

live action films
*The Red Spectacles was initially planned as a promotional video for Shigeru Chiba. It was a comical story of a retired Super Sentai hero. After they decided to shoot it with a 35mm film camera, the project became bigger and bigger. Oshii envisioned a noir film like Alphaville. He also included images like the street kids from "The Warriors".

*Oshii made "Stray Dog" because the producer of Hero Communications told him to make a movie in Taiwan. The reason why Shigeru Chiba is not the main character is because Chiba's schedule did not allow for it. The plot and title were changed because of that. Yoshikatsu Fujiki was chosen in audition because he is tall. The Protect-Gear looks awkward when worn by a short person. That is why Shigeru Chiba immediately took off his mask in The Red Spectacles.
The title was "Stray Dog" at first. It was changed to "Kerberos" for commercial reasons. "Stray Dog" came back when the LD version was released.

*Oshii was allowed to shoot "Talking Head" because "a big project was cancelled. When Oshii complained, the producer gave him 50 million yen and said, "Do what you want with this money." The initial title was "Gödel's Head".

Other tips
*The CGI for P2 was made with Silicon Graphics Iris 4D. After exporting the CGI to a VTR, the VTR editor combined the cel and CGI. Then, they printed it on film using a kinescope.
*When they were working on P1, Oshii asked the background artists to draw something like Tarkovsky's Stalker.
*P2 was the first anime film shot with ISO 200 film.
*Scratches on the cels of snowy night shots are usually noticeable. The cinematograohy crew solved that problem by using two polarizing filters. Various other filters were also used to create a unique atmosphere. (That technique is also utilized to make the foggy images of Ghost in the Shell.